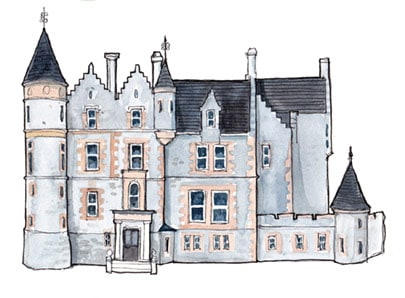 A Scottish baronial style house built in 1872/4 by Sir George St. John Colthurst, replaced the original family home built in the early 18th century by Sir James St. John Jefferyes and accidentally destroyed by fire in the 1820’s. Nearby is ‘The Rock Close’ reputed to have been built on a druidic site from pre-historic times. It contains many ancient yew and oak trees.

Now that you’ve seen how the upper classes lived, come and explore the rest of the village. Our next stop is the train station.

We use cookies to ensure that we give you the best experience on our website. If you continue to use this site we will assume that you are happy with it.Ok